The return of the Dragon Scale Grips!


YES!!! They're back!!! ...well, in a couple of weeks. By popular demand, we are ramping up our production of our original classic Dragon Scale Grips. They'll be available in black, OD green & coyote brown. Watch out for them on amazon! 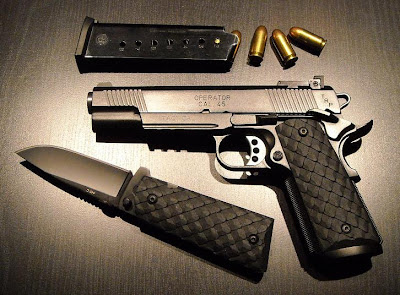 Check out our webstore on amazon!

See a review of our grips... 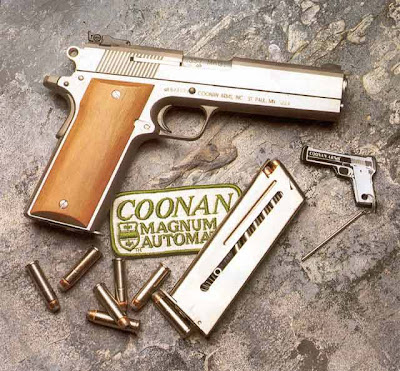 Seems that the Coonan is as popular as ever. Follow the discussion on our FB group. 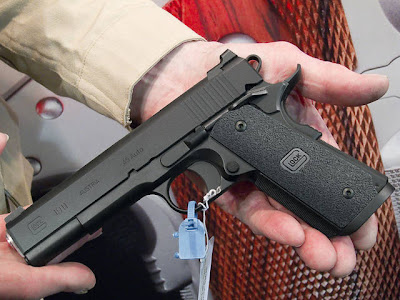 A lot of people can't believe it. But I heard that they'll be available in Austria by the end of the year... :) Follow the discussion & misinformation on our FB group.

Our Free 1911 Grips Contest is back! We will try to have these every month on thebudgetarmory1 channel on youtube.

Check out this month's contest...

Some of the entries...


I've been shooting since I was a young boy... for a few decades now. However, I'm new to long range rifle shooting beyond 100 yards. I found a few videos from the National Shooting Sports Foundation (NSSF) online that helped me understand the basic & most practical concepts of rifle shooting. I find the instructor, Ryan Cleckner, very knowledgeable... he really knows his stuff!

Mind you, each video is about 15 minutes long so try to watch one or two at the time. If you know how to zero your rifle by yourself, just go straight to the 3rd video about the most misunderstood rifle concept, the M.O.A. Warning: there's basic math in these tutorials... Who said there's no math in shooting long range anyway? :)

After watching all these videos, I'm confident that you'll be ready to shoot that elk 400 yards away! ...now, if only I can find time to practice...

How to Set-Up your Scope...


Understanding the Minutes Of Angle (M.O.A.)...

Why do we celebrate Labor Day anyway?

Traditionally, Labor Day is celebrated by most Americans as the symbolic end of the summer. The holiday is often regarded as a day of rest and parties. Speeches or political demonstrations are more low-key than May 1 Labor Day celebrations in most countries, although events held by labor organizations often feature political themes and appearances by candidates for office, especially in election years. Forms of celebration include picnics, barbecues, fireworks displays, water sports, and public art events. Yeah, we are spending the day at the beach. Labor Day also marks the beginning of the NFL and college football seasons. NCAA teams usually play their first games the week before Labor Day, with the NFL traditionally playing their first game the Thursday following Labor Day....

But do you know why we celebrate it?

The first Labor Day in the United States was observed on September 5, 1882 in New York City, by the Central Labor Union of New York, the nation's first integrated major trade union. It became a federal holiday in 1894, when, following the deaths of a number of workers at the hands of the U.S. military and U.S. Marshals during the Pullman Strike, President Grover Cleveland put reconciliation with the labor movement as a top political priority. Fearing further conflict, legislation making Labor Day a national holiday was rushed through Congress unanimously and signed into law a mere six days after the end of the strike. The September date originally chosen by the CLU of NY and observed by many of the nation's trade unions for the past several years was selected rather than the more widespread International Workers' Day because Cleveland was concerned that observance of the latter would stir up negative emotions linked to the Haymarket Affair, for which it had been observed to commemorate. All U.S. states, the District of Columbia, and the territories had made it a statutory holiday.

The Pullman Strike was a nationwide conflict between labor unions and railroads that occurred in the United States in 1894. The conflict began in the town of Pullman, Illinois on May 11 when approximately 3,000 employees of the Pullman Palace Car Company began a strike in response to recent reductions in wages, bringing traffic west of Chicago to a halt. The American Railway Union, the nation's first industry-wide union, subsequently became embroiled in what The New York Times described as "a struggle between the greatest and most important labor organization and the entire railroad capital" that involved some 250,000 workers in 27 states at its peak. President Grover Cleveland ordered federal troops to Chicago to end the strike, causing debate within his own cabinet about whether the President had the constitutional authority to do so. The conflict peaked on July 6, shortly after the troops' arrival in the city, and ended several days later.

The strike was broken up by United States Marshals and some 12,000 United States Army troops, sent in by President Grover Cleveland on the premise that the strike interfered with the delivery of U.S. Mail, ignored a federal injunction and represented a threat to public safety. The arrival of the military and subsequent deaths of workers led to further outbreaks of violence. During the course of the strike, 13 strikers were killed and 57 were wounded.

Now when you're at the beach celebrating, think about why we have this holiday... it's a way the federal government tried to appease the labor unions for those who died during the 1894 Pullman Strike!!!