Did you know that one quarter of all the candy sold annually in the U.S. is purchased for Halloween? I guess most of that end up in parents' bellies when their kids aren't looking... LOL! But what are the origins of this annual event that wreaks havoc to our waistlines? This made me ponder... what will an amateur historian like me do when faced with a question like this? I sought history.com for answers of course!

According to the website, Halloween's origins date back to the ancient Celtic festival of Samhain (pronounced sow-in). The Celts, who lived 2,000 years ago in the area that is now Ireland, the United Kingdom, and northern France, celebrated their new year on November 1. This day marked the end of summer and the harvest and the beginning of the dark, cold winter, a time of year that was often associated with human death. Celts believed that on the night before the new year, the boundary between the worlds of the living and the dead became blurred.

On the night of October 31, they celebrated Samhain, when it was believed that the ghosts of the dead returned to earth. In addition to causing trouble and damaging crops, Celts thought that the presence of the otherworldly spirits made it easier for the Druids, or Celtic priests, to make predictions about the future. For a people entirely dependent on the volatile natural world, these prophecies were an important source of comfort and direction during the long, dark winter.

To commemorate the event, Druids built huge sacred bonfires, where the people gathered to burn crops and animals as sacrifices to the Celtic deities. During the celebration, the Celts wore costumes, typically consisting of animal heads and skins, and attempted to tell each other's fortunes. When the celebration was over, they re-lit their hearth fires, which they had extinguished earlier that evening, from the sacred bonfire to help protect them during the coming winter.

By A.D. 43, Romans had conquered the majority of Celtic territory. In the course of the four hundred years that they ruled the Celtic lands, two festivals of Roman origin were combined with the traditional Celtic celebration of Samhain.

The first was Feralia, a day in late October when the Romans traditionally commemorated the passing of the dead. The second was a day to honor Pomona, the Roman goddess of fruit and trees. The symbol of Pomona is the apple and the incorporation of this celebration into Samhain probably explains the tradition of "bobbing" for apples that is practiced today on Halloween.

By the 800s, the influence of Christianity had spread into Celtic lands. In the seventh century, Pope Boniface IV designated November 1 All Saints' Day, a time to honor saints and martyrs. It is widely believed today that the pope was attempting to replace the Celtic festival of the dead with a related, but church-sanctioned holiday. The celebration was also called All-hallows or All-hallowmas (from Middle English Alholowmesse meaning All Saints' Day) and the night before it, the night of Samhain, began to be called All-hallows Eve and, eventually, Halloween. Even later, in A.D. 1000, the church would make November 2 All Souls' Day, a day to honor the dead. It was celebrated similarly to Samhain, with big bonfires, parades, and dressing up in costumes as saints, angels, and devils. Together, the three celebrations, the eve of All Saints', All Saints', and All Souls', were called Hallowmas.

Now boys & girls, that is the ancient origins of this event that we celebrate every year... so please... easy on the tootsie rolls!

In the world of firearms, there exists more add-ons and accessories for our toys than for our wives wardrobe.  The 1911 and AR-15 are perfect examples of two of the most highly accessorized (or customized, if you prefer) firearms on the planet.  There are literally THOUSANDS of items available for both platforms that can transform your weapon from that boring, out-of-the-box plinker, into a massive, hulking, purveyor of doom.  Many upgrades do make the gun shoot better and more accurately, like match grade barrels and triggers, while others aid in target acquisition.  However, when does it become too much?  When does the ‘Coolness Factor’ overtake the practicality of the accessory?  I’m all for making your weapon shoot as well as you can make it, but do you really need that third laser/light combo on your battle rifle? 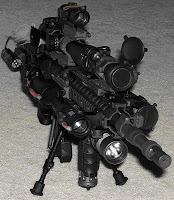 We should all learn from this tale from Sesame Street of my childhood. Living in Sniddler's Gulch then was very much like our way of life today... Politicians constantly peddling their goods and their so-called solutions to the unwary masses and often ending up where we began...  When will we learn?! 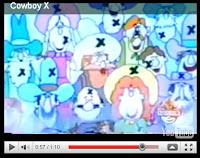 Do you carry your 1911 on a daily basis? Maybe once in a while? As a CCW perhaps? Well, how do you carry your firearm in terms of the Conditions of Readiness? Y'know, the legendary Jeff Cooper's system that defines the state of readiness of 1911-type handguns....

I found this very informative video on YouTube explaining these conditions. I also found a cool article on sightm1911.com about the advantages & disadvantages of each.

According to the article and as stated in the video as well, Condition Two is way problematic. The chances of an accidental discharge is so high that it's not worth it...


Condition Two is problematic for several reasons, and is the source of more negligent discharges than the other conditions. When you rack the slide to chamber a round in the 1911, the hammer is cocked and the manual safety is off. There is no way to avoid this with the 1911 design. In order to lower the hammer, the trigger must be pulled and the hammer lowered slowly with the thumb onto the firing pin, the end of which is only a few millimeters away from the primer of a live round. Should the thumb slip, the hammer would drop and fire the gun. Not only would a round be launched in circumstances which would be at best embarrassing and possibly tragic, but also the thumb would be behind the slide as it cycled, resulting in serious injury to the hand. A second problem with this condition is that the true 1911A1 does not have a firing pin block and an impact on the hammer which is resting on the firing pin could conceivably cause the gun to go off, although actual instances of this are virtually nonexistent. Finally, in order to fire the gun, the hammer must be manually cocked, again with the thumb. In an emergency situation, this adds another opportunity for something to go wrong and slows the acquisition of the sight picture.

These experts agree, Conditions One & Three are the intelligent ways to go... Now, if only they allow me to carry CCW in California...

Congratulations to Davis O., aka KYquartermasters, for winning this month's contest!!! Check out his submission below. He won a new set of Gray Punisher grips!!!

Here in our blog site, we strive to compile & share helpful resources for 1911 gun owners to better enjoy their experience with their firearms... SAFELY. One of the basic things that a responsible gun owner should know is how to do a Function Check on his or her firearm. It is recommended that you do this when you're buying a new or used 1911, or if you've replaced some internal parts. I found a cool website, called coolgunsite.com, that shows the different steps with illustrations. Click here.

But I found an even better resource... a video of our good buddy, Lima, aka Limalife (guest host of the September 1911 Contest), explaining how it's properly done. This is one of the reasons why I'm a big fan of her videos... she knows her stuff!

Hello folks! Our buddy, Jeff (aka Cutlerylover of youtube fame) is baaaaack! He and your friendly neighborhood grip makers are here again to bring you our monthly 1911 grips giveaway contest. All you have to do is post a video response & we will pick out the winner at the end of that week. Try to make us laugh, cry, think... or whatever you want! The more entertaining the better! We will do this every first Friday of the month.

This month we're giving away one of our new designs... the Gray Punizher grips! Good luck!

Click here to see all of the video submissions.