Creepy! Found this on the web today... 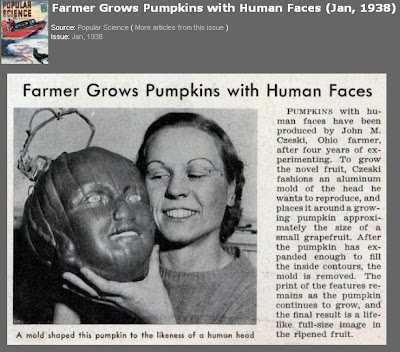 BTW, the pumkin head is the one on the left...
HAPPY HALLOWEEN!!!

The Extreme Sport of Practical Shooting

"If shooting has an "extreme" sport, USPSA-sanctioned practical shooting is it. Competitors move, negotiate obstacles, run, speed-reload, and drive their guns through each of several courses as fast as their skills will allow. Although most matches are held outdoors, in all weather, further taxing competitor skill, there are a growing number of indoor ranges conducting USPSA events."
-http://www.uspsa.org/

When I was a kid, me & my buddies used to play mock gun fights with our toy guns. One side would be the good guys & the other were the bad guys (usually Nazis, the meanest of them all). We would shout, "bang-bang!" or "ra-tat-tat!" the whole day. Some of the more affluent kids had cap guns that made loud noises. I sure miss those days when you can just get dirty & play warrior/soldier with your buddies & admire each others toys...

"You may remember that in the original Dirty Harry movie, Clint Eastwood's character visits a training center and walks down the street of a mock city engaging hostile targets and while identifying and sparing innocents. A lot of us saw it too, and thought, "cool!" It looked like too much fun to be just the law enforcement work of qualifying with a handgun."

Well, you can actually play something similar today without being labeled as a geek... It's called Practical Shooting. You come out & play with your friends, fire real guns, and admire each others toys. According to legend, it all started in 1976 in the city of Columbia, Missouri, where a group of international shooters played with their toys in an open field to see who was the fastest... the most accurate... the best! It was all good and so they called it practical shooting... and an extreme sport was born!

Now that you know, spread the word...

Model 1910: The Gun that Shook the World

When I was researching for a paper, I chanced upon this article from Wikipedia... (So what's wrong with Wikipedia?!! ...as if you haven't used it as a resource for your term paper before... geeeez!) "Perhaps the most infamous singular Browning-designed firearm was a FN Model 1910 handgun, serial number 19074. In 1914, Gavrilo Princip used the .380 ACP pistol to assassinate Archduke Franz Ferdinand of Austria and his wife, Sophie. This event arguably sparked World War I. The pistol was rediscovered in 2004."
- http://en.wikipedia.org/wiki/John_Browning

Everybody knows that World War I was started by the assassination of the Archduke of Austria. Heck, I even know a guy who can identify the assassin... but I didn't know that the Browning-designed FN Model 1910 was used for the deed! The article continues to describe the Great War's effect on the world...

"By the war's end in 1918, four major imperial powers—the German, Russian, Austro-Hungarian and Ottoman Empires—had been militarily and politically defeated, with the last two ceasing to exist as autonomous entities. The revolutionized Soviet Union emerged from the Russian Empire, while the map of central Europe was completely redrawn into numerous smaller states. The League of Nations was formed in the hope of preventing another such conflict. The European nationalism spawned by the war, the repercussions of Germany's defeat, and the Treaty of Versailles would eventually lead to the beginning of World War II in 1939."
- http://en.wikipedia.org/wiki/World_War_I

This proves that under proper conditions, one gun (or gunman) can definitely change the world! Now, where can I buy an old Model 1910 for my collection?