Here is the latest video review of our grips on YouTube. These were done by independent reviewers. This latest one is a review of one of our best sellers... the Punizher Skull grips!!!

If it were not for my 10 year-old daughter, I wouldn't remember that it's Flag Day today. Like many Americans, I am guilty of not knowing how to celebrate it... How do we celebrate this event? 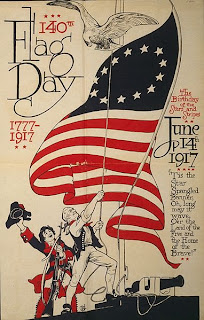 Flag Day, is supposed to be a day for all Americans to celebrate and show respect for our flag, its designers and makers. Our flag is representative of our independence and our unity as a nation, with a proud and glorious history. It was at the lead of every battle fought by Americans... Americans who have spilled their blood protecting it. Heck, it even stands proudly on the surface of the moon!

How do we properly display our flag? I found these guidelines from an old Boy Scout handbook...
Did you know that there is a very special ceremony for retiring the flag by burning it? It is a ceremony everyone should see.Your local Boy Scout group knows the proper ceremony and performs it on a regular basis. If you have an old flag, give it to them. And, attend the ceremony.


So raise the flag today... and everyday with pride!

Congratulations to Chris P. aka X4CTO for winning this month's contest!!! Check out his submission below. He won a new set of the Punizher Skull grips!!!

Hello folks, this month we are starting a series that we call "Awesome YouTube Videos". Every month, we will choose an interesting video that we think gun-nuts like you will enjoy. This month, we chose a video posted by Matt Burkett (http://www.youtube.com/user/mattburkett) posted in January of 2008.

It's the first Friday of the month again & we're giving away another set of 1911 grips! All you have to do is watch Culerylover's video posting on youtube & post your video response...  and we will pick out the winner at the end of the week. Try to make us laugh, cry, think... or whatever you want! The more entertaining the better! We will try to do this every first Friday of the month. This week you are going to win our one of our bestselling grips... the Punizher Skull grips!