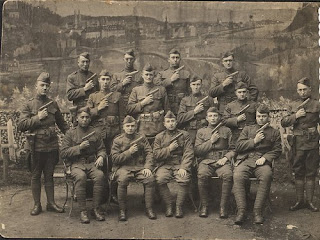 "The Colt Model 1911 was the product of a very capable person, namely John Moses Browning, father of several modern firearms. The pistol was designed to comply with the requirements of the U.S. Army, which, during its campaign against the Moros in Philippines, had seen its trusty .38 revolver to be incapable of stopping attackers. An Ordnance Board headed by Col. John T. Thompson (inventor of the Thompson sub-machine-gun) and Col. Louis A. La Garde, had reached the conclusion that the army needed a .45" caliber cartridge, to provide adequate stopping power. In the mean time, J. Browning who was working for Colt, had already designed an an autoloader pistol, around a cartridge similar to contemporary .38 Super (dimension-wise). When the Army announced its interest in a new handgun, Browning re-engineered this handgun to accommodate a .45" diameter cartridge of his own design (with a 230 gr. FMJ bullet), and submitted the pistol to the Army for evaluation"

So it was the 1911's stopping power that sealed the deal. But why did the U.S. armed forces replace it in 1985 with the 9mm Beretta M9? Was it for the improved control? ...or higher ammo capacity? ...or the more advanced safety features? It's ironic that there are military and law enforcement organizations today that went back to use the .45 caliber M1911A1 handguns including the Marine Force Recon, L.A.P.D. SWAT/SIS, the FBI Hostage Rescue, FBI regional SWAT teams, and 1st Special Forces Operational Detachment (or Delta Force) to name a few...

Did I mention that I love this gun?